Internet security - when should you pay?

People often ask me about what security software I use. I'm of the opinion that you want solutions you don't have to think too much about. OpenDNS fits that bill entirely but here are some other thoughts; 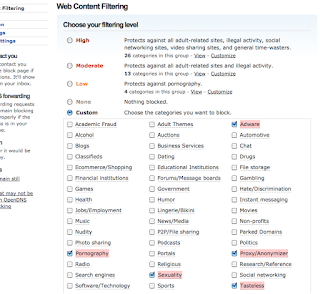 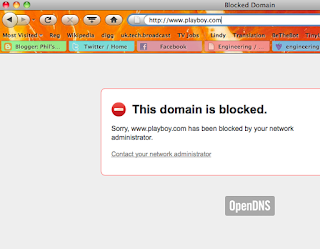 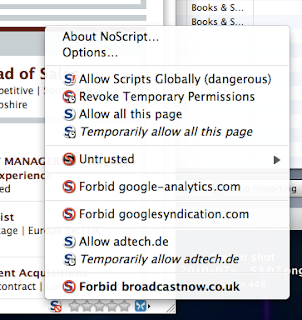 So there it is - not paying for security, far from being the cheapskate option is, I think, the best policy. Have you sat down to use a machine that had a full-up Norton or McAfee install and realised how cumbersome and slow this computer (which five years ago would have been considered workstation-class) now is. The firewall is fighting the Windows firewall, the antivirus is popping up reminders to renew the subscription ('cause you only got 90 days with Dell!) and you can't access files on your server for some reason.

The dirty little secret the anti-virus industry never mention is that once your machine has been compromised they can't be sure they've rid you of whatever nastiness crawled in. Root Kits and other techniques mean it is nigh on impossible to ever trust a PC that has been virus infected. You need to reformat the hard drive and re-install Windows. It's not hard and you'll find your machines feels like new again as you will have lost the detritus that Windows picks up along the way.
Posted by Phil Crawley at 15:22 1 comment:

Colour calibration probes for less than a grand?

I'm often asked if the kind of colour calibration gadgets you can pick up on Tottenham Court Road are of any use in setting up monitors for film or TV grading – I’ve played around with a couple of those sub-£1k colour probes and although they are OK for getting your monitor in the ballpark for print-prep they aren’t suitable for film and TV usage for the following reasons;

So I think these things are worse than useless – they give you a false sense of security for no actual worth.
Posted by Phil Crawley at 17:05 No comments:

How to serve your Wiki off DropBox

Firstly I wanted to mention how powerful DropBox is - I've tried a few cloud-based storage solutions (Humyo, SkyDrive etc) and this is the one that works more reliably than all of the others. You install the client on your Windows/iPhone/Mac/Linux box and you have a folder that synchronizes with every other authenticated instance of that account. You always have access to your documents and the iPhone app is superb. Even if you only have a web browser you can download what you need. It sits in the background and trickles stuff up to their data centre without you realising.
A really powerful feature is that there is a public folder which if you drop files into you can right-click and get a URL you can email to someone.

Something else I find very interesting is the one-file compact Wikis that you see - the best one I've found is TiddlyWiki which is superb for small collaborative projects. 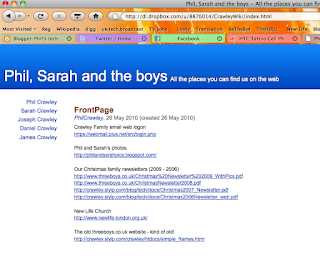 By placing the index.html file (which includes everything you need for the Wiki - style sheets, database, everything!) in your public folder and getting the URL (which you could make easier with TinyURL or stick it on your domain in a frameset).

See www.threeboys.co.uk for an example. Of course it's only editable by about four machines, but that's part of the strength of it.

Back from a job - a few thoughts on DVI, HDMI & audio

Having just got back from a slightly unusual build (all HDMI capture off games machines for a 24-7 HD channel on Sky) I had a few observations that might save you some head-scratching;
On the subject of HDMI and DVI it should be stressed that from a signal point of view the TDMS data lanes are the same in each - you can use DVI extenders to carry HDCP and audio data which aren't part of the spec, it's only the equipment at each end that generates/won't recognise those things.
Posted by Phil Crawley at 15:15 No comments:

I just had a rather splendid lunchtime presentation from Tek regarding the new firmware for WFM & WVR-series test sets. EBU rec 1770 has been around for some years but a couple of things have stopped it's widespread adoption.
It seems like whole industry is tip-toeing around the dirty little secret that commercials producers mix audio with a very limited dynamic range so as to make them more punchy. It's in their interest (and the broadcasters who make their living out of them) to not embrace this. It's why my Mum complains to me about how loud the ad breaks are. The EBU should stop pretending this is about programmes, it's about commercials and the sooner they enforce loudness limits the better!
We got to have a play with the new Tek firmware and they have done an excellent job of interpreting the LUFS scale. They make it very easy for an operator to see where a programme is and if the Dolby DialNorm (dialogue) and Dynamic Range figures match what is measures.
More when I've got a copy to put into my WFM 7120.
Posted by Phil Crawley at 15:08 No comments: