Hugh and Phil go through some of the principles of traditional video QC using the Tektronix WFM and WVR series test sets. Find it on iTunes, vanilla RSS, YouTube or the show notes website.
Posted by Phil Crawley at 07:49 No comments:

I still describe myself as a Broadcast Engineer rather than a project manager - and in fairness I do spend more time looking at cable-schedules and schematics than Gantt charts. However; I am often responsible for other people's money in achieving what they want in TV and data facilities. Compared to the BBC DMI project the largest project I've had overall financial responsibility for came to a bit more than 1% of the size of that gig so I am in no means an expert. However - I have worked for dozens of large and small broadcasters and I think I've seen some of the best and worst aspects of other people's project management styles.
I feel sorry for John Linwood - the BBC's CTO who has been suspended over the whole debacle. It's telling that the Beeb now have a CTO rather than a Chief Engineer as that latter term implies that you've had a career in broadcast engineering - you've calibrated monitors, fixed studio cameras (and then racked them in live productions), installed Media Composer (and supported the editors), replaced the head-drums in VTRs as well as the myriad other bits of experience that the top technical job at the world's most prestigious broadcaster would imply. John is a similar age to me and so I'd expect him to remember mk.2 telecines, tubed cameras and 1" VTRs but he's a software guy; ex-Yahoo, ex-Microsoft and it's there you'll find both the justification for him being the Beeb's top technical guy and the reasons for the pickle he's now in. The DMI was a software project BUT software projects have a huge propensity to fail. Around 30% of software projects in commercial industry fail - but that's OK; you have to take risks and great things don't come if there wasn't a danger of failure (that's why it's a risk!). However - in government IT projects the risk of failure is an awful lot higher - typically 70% for publicly-funded IT projects. You'd expect project manager who are being paid with tax-dollars to be more risk-averse but the opposite seems true. Clearly this has been the case at the BBC with the DMI.
Ross Anderson has written extensively about this kind of thing; he did an interview with Stephen Fry on Radio 4 a couple of years ago which makes a lot of these points; as an aside his brilliant book "Security Engineering" is now in the public domain.

Here are a few thoughts on big-organisation technical projects;

One thing I can't understand is why Siemens were initially given the project; are they renowned for any of the things that were trying to be achieved? - big database, large video storage, transcoding, version management and the underlying filesystem to make it all hang together? Given that it also has to work with your editing, transmission, and VOD platforms why on Earth not get Avid, Isilon, Google etc involved; OneFS for the backend and GFS for the database sound like they were designed for this (and they also run most of the big Internet media sites).

It'll be interesting to see if the BBC takes on an experienced engineer as their next CTO.
Posted by Phil Crawley at 13:22 No comments: 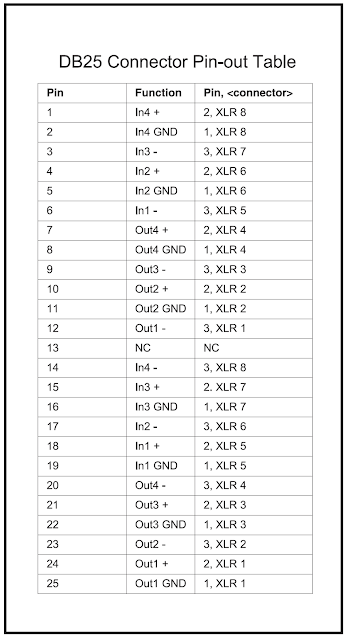 The HD10AMA is a great de/embedder with two HD/SDi outs; very useful gadget. Here is the D25 details.
Posted by Phil Crawley at 11:42 No comments:

I use Skype (although I may be looking for alternatives due to Microsoft's proved snooping - see here) and I like to have two sound devices so that the radio can keep playing through my speakers without me having to reach for volume control when I take a call. Also, when podcasting, I use the same laptop to run the presentation, keep the Skype call going and make the recording (that chews up three sound devices!). So along with the laptop's internal sound chip I have two cheap external USB dongles. Since they are identical they show themselves with the same name is all apps and invariably (especially if I've been away from my desk for a day and re-booted the OS without any of the USB devices attached) Skype picks up the wrong sound devices as default. It's trivial to change back but I always get it wrong ("..is the headset the first or second one"?!) 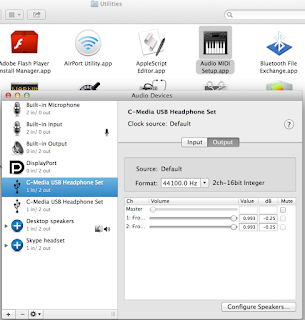 In Utilities is the Audio MIDI setup application (which I've never used before) where you can set "aggregated sound devices" - presumably to allow the same audio to play through several outputs? But - it allows you to create a proxy for a device and give it a sensible name.

So, I made new devices for the two USB sound dongles and gave them sensible names.
This now means that when I look at available sound devices in other apps (particularly Skype) I see things I can distinguish! 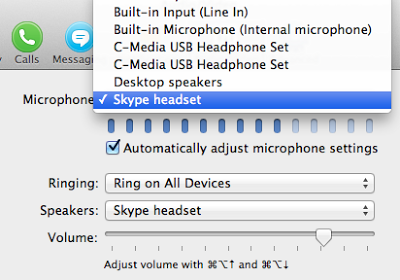 Posted by Phil Crawley at 10:39 No comments:

Hugh and Phil go over some of the basics surrounding delivery of TV shows as files. We then do a QC pass using Vidchecker. Find it on iTunes, vanilla RSS, YouTube or the show notes website.
Posted by Phil Crawley at 15:59 1 comment:

Apparently they haven't been that thorough on delivering them with up-to-date firmware;

So, many thanks to my colleague Dave "the Don" Poves for the following;

I do not know if you know that Rapsbian will not update the firmware as ArchLinux does as part of the system upgrades. This is a manual process, but you can automatise it.

To find out your current firmware release you need to issue:

If the build is not from the last two weeks it is outdated.


You can update it by doing the following:

(The short URL points to this one, it just saves a lot of typing: https://github.com/raspberrypi/firmware/tree/master/boot)


Once the above script has been installed you can get the latest firmware by typing:

Also I am a big fan of Mosh (http://mosh.mit.edu/) and the use of keys so you do not need to type your credentials every time you remote into your Pi. It is a really amazing product. I am getting a new one for some more nefarious objectives. :)

There we go, much better!
Posted by Phil Crawley at 16:17 No comments:

Adventures with the Raspberry Pi

Unless you've been under a rock for the last few months you can't have failed to have seen the Raspberry Pi; that credit-card sized ARM-based computer that sells for £25. Although it's modestly powered it does stand up as a small Linux computer for server, desktop or media-centre use. Remember; we had servers twenty years ago when no computer on Earth was this powerful!

So I've been monkeying around with a couple of these boards for a week or so and here are a few observations. To start with a few initial notes;
So - there are numerous pre-compiled OS images for download and I suppose it depends on what you want to do with it. My first port of call was a Debian build called "Wheezy" which seems to be the general Linux distro of choice that comes with the KDE desktop. The card must be partitioned into a FAT32 formatted boot partition (64 megabytes) and the rest of the card (at least two gigs) as an ext4 Linux partition. YaST allows you to max-out the main partition when it runs. So long as you know what IP address gets assigned at boot-time you can SSH into the board;

So with Debian installed you can use it as a proper desktop machine or a network server. There are two USB2 ports and so it makes for a very powerful NAS head for a regular USB drive.

The other application that seems to attract the most attention is XMBC for which there are several builds. I stuck OpenElec onto another SD card (this is the joy - you can switch £5 SD cards around and you've got a new machine). 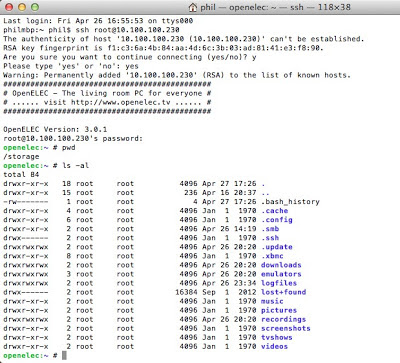 The XMBC builds don't come with a desktop or even an X-client (it writes straight into the display buffer - and it has MPEG2 & H.264 decoding on the board). But it is just the job for a Media Centre.
Another feature of the OpenElec build is support for the Apple Airplay protocol so you can "throw" media playback to it from iTunes or iPad/iPhone;

Several folks online have commented about the poor output quality of the analogue audio 3.5mm jack. The HDMI audio is fine and although the mini-jack ain't great I discovered a couple of things that improved it to tolerable; 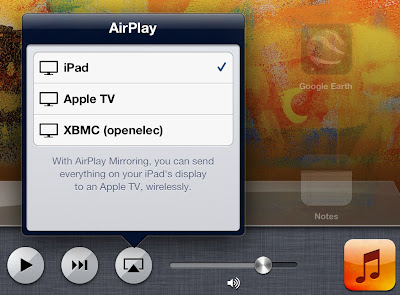 Posted by Phil Crawley at 21:06 No comments: