Hugh and Phil take a look at display standards starting with HD/SDi and working through analogue VGA through to DisplayPort.
Hugh talks about some of the work he's been doing with Skillset certifying University TV and Media courses.
Find it on iTunes, vanilla RSS, YouTube or the show notes website.
Posted by Phil Crawley at 09:13 No comments: 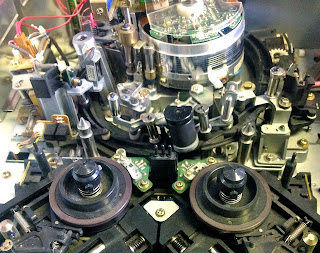 I'm prep'ing a BVW-75P for training (yes - some people still want to know how to fix VTRs!); here are some pictures.
Posted by Phil Crawley at 17:45 No comments:

I find DNS a very interesting (how often do you hear that?!). When I was doing my degree in the mid-80s there was no such thing and you routinely updated you hosts file every few weeks from a master file stored at Sheffield University Computer Science dept. However - my faculty was very IP-aware (even then) and so we were running an early BIND server when I graduated and so I was at least aware of DNS before it became a big deal on the Internet.

DNS is an inherently insecure protocol for the following reasons;

I've used OpenDNS for several years and it's an excellent service that offers so much more than my ISP's DNS servers. Those guys have recently launched DNSCrypt which is a secure client for Mac or Windows that allow DNS look-up that avoids all the problems above.

Posted by Phil Crawley at 10:07 No comments: 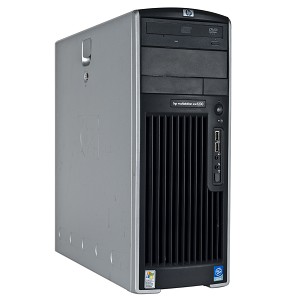 The HP xw6200 is a brilliant dual-3.6Ghz Xeon workstation that is the baby brother of the xw8200 which was Avid's workstation of choice for a couple of years until the Z800 came out in 2010. It's still a powerhouse and re-furb places like Tier-1 knocks them out for a bit more than £100. Given how pokey they are and how well build HP made them (you got quality when you paid >£2k for a PC in 2010!) I often recommend them to friends.

Still, an excellent deal if you're willing to put in the time to sort it out.
Posted by Phil Crawley at 17:50 1 comment: