Another essential gadget for the engineer's rucksack 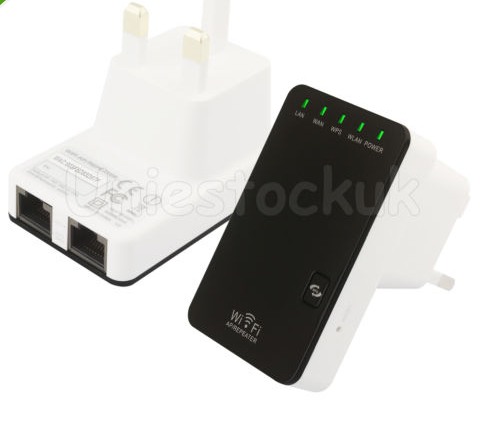 Hugh and I did a video podcast about essential tools and testers a jobbing broadcast engineer might have in his ruck. An item I didn't mention was a network router - yes, you're right; I came across one of these around a year ago;

It's a very basic NAT (network address translation) router with WiFi. It has a single LAN port and a WAN/LAN port (depending on what mode it's in) and you can pick them up on eBay for less than £20. The best feature is it doesn't need a power adaptor; it plugs into a 13A socket and is little bigger than a MK plug. There are three typical jobs mine gets used for.

Just a month since I wrote the first piece on this and there are more domestic router breaches.
Ars Technica's stories are here and here.

Do I really need to remind you NOT to use manufacturer firmware in your router when DD-WRT, Tomato and others are available?
Posted by Phil Crawley at 17:44 No comments:

After my testing with the Antrica 32000AS I thought I'd better do some screen caps at different data rates; all the tests I did yesterday were at 2048kBits/sec. 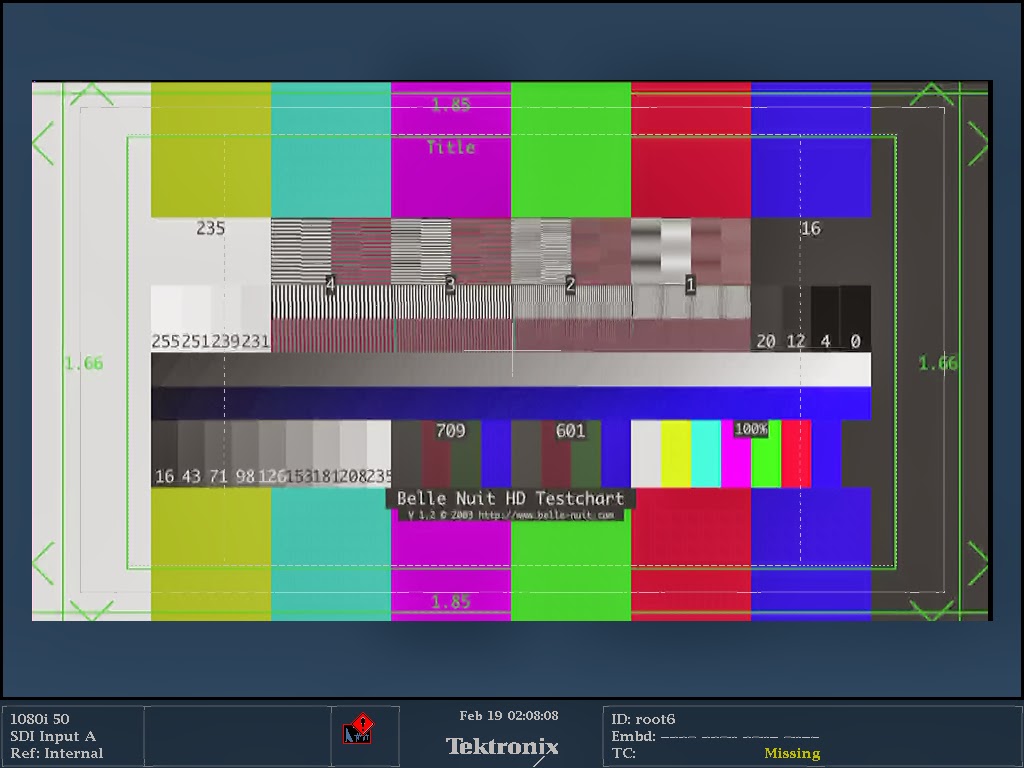 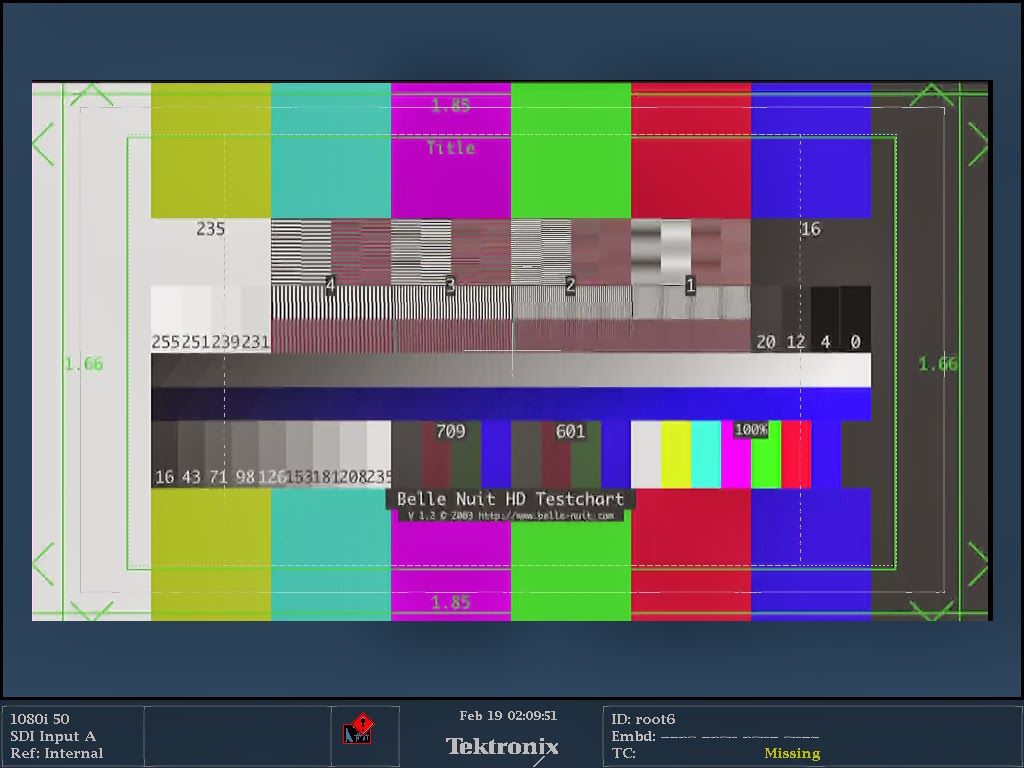 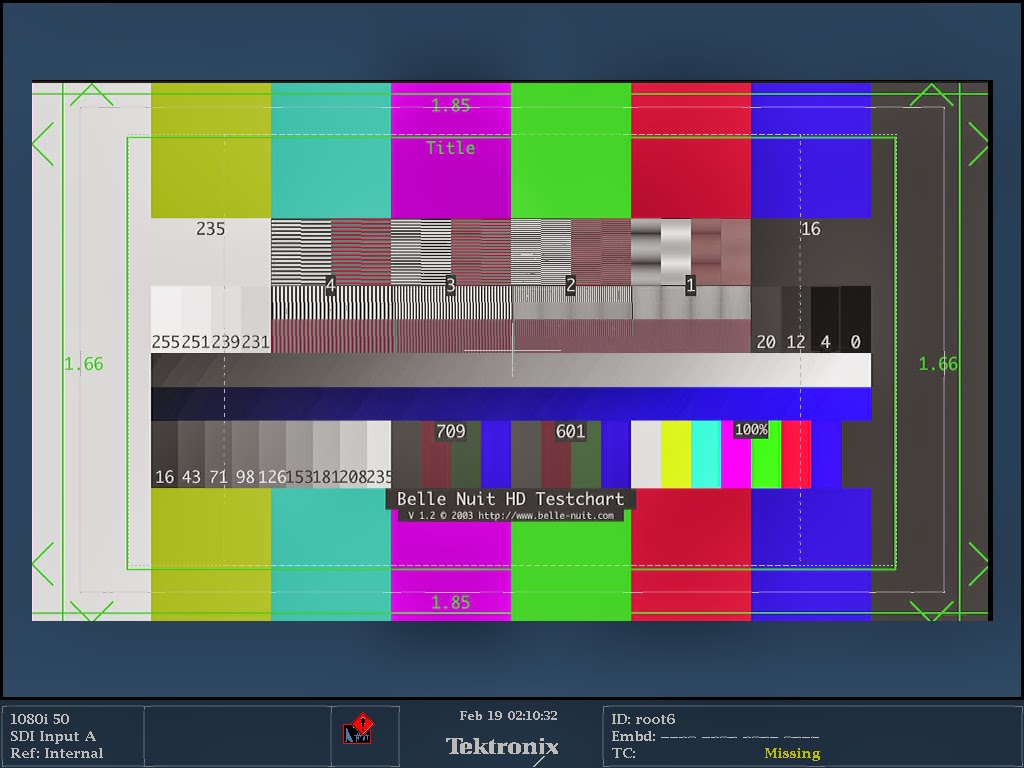 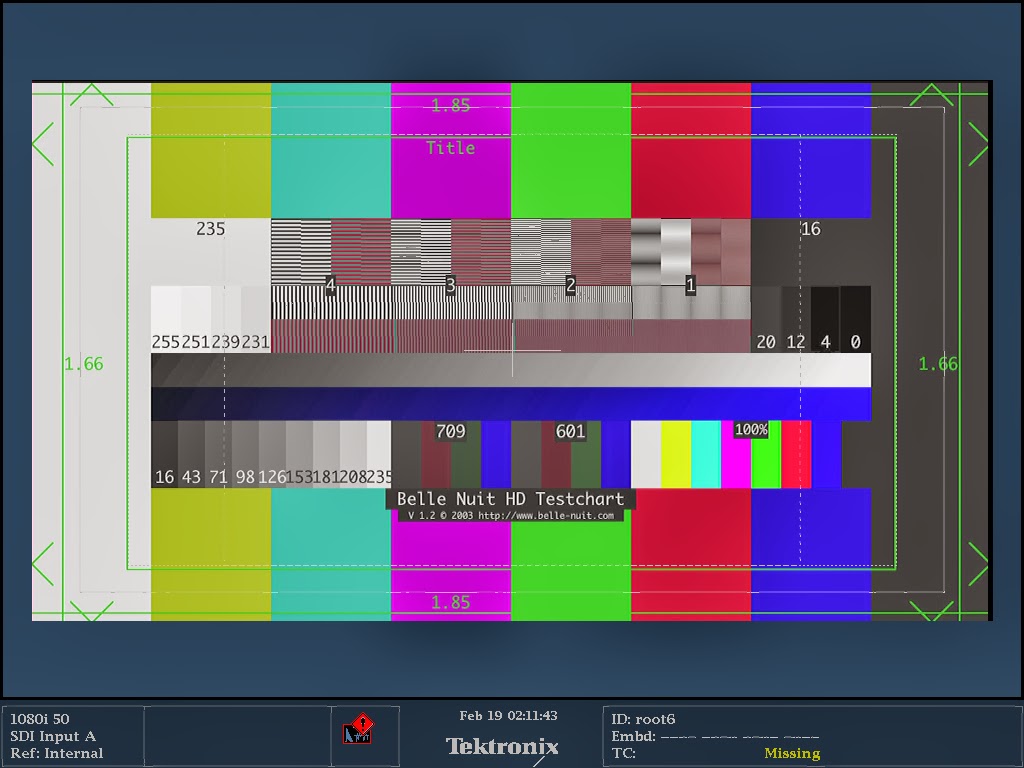 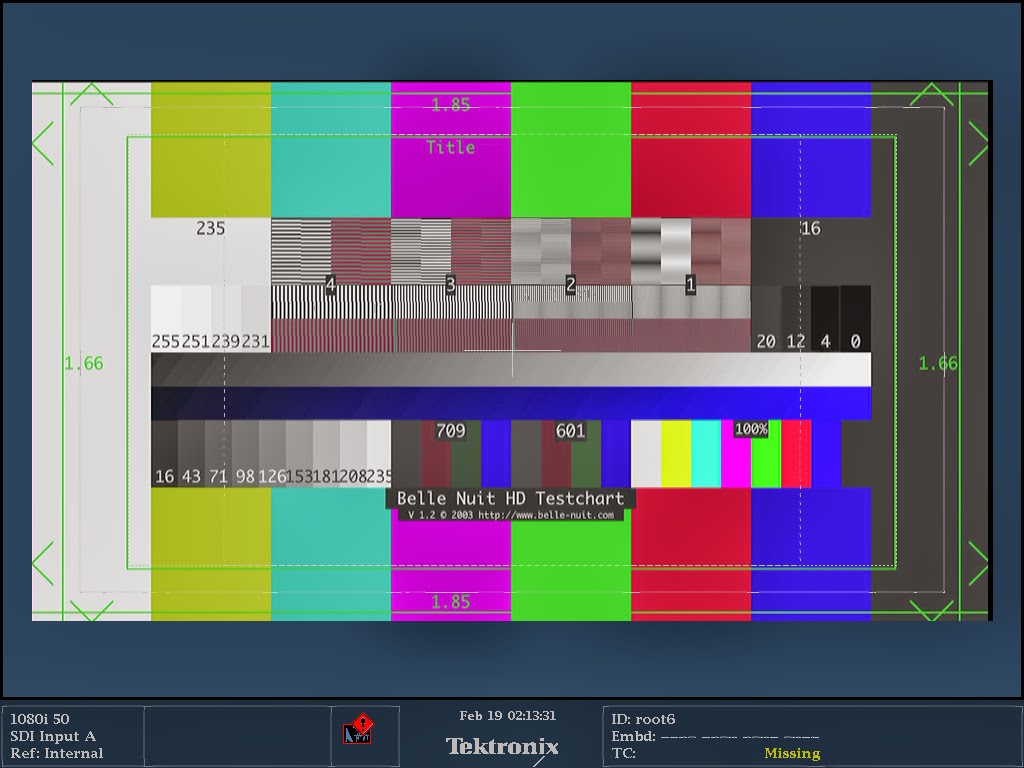 It does seem that you don't get much benefit once you pass 2Mbits/sec - now these are only still frames and sub-500kBits you get quite a few dropped frames (I haven't figured out how to increase the buffer size at the receiver which apparently smooths this out at the expense of latency).

Finally, in an effort to get a feel for the overall degradation of HF content I grabbed a couple of frames at field-rate at each end of the encoder's range; 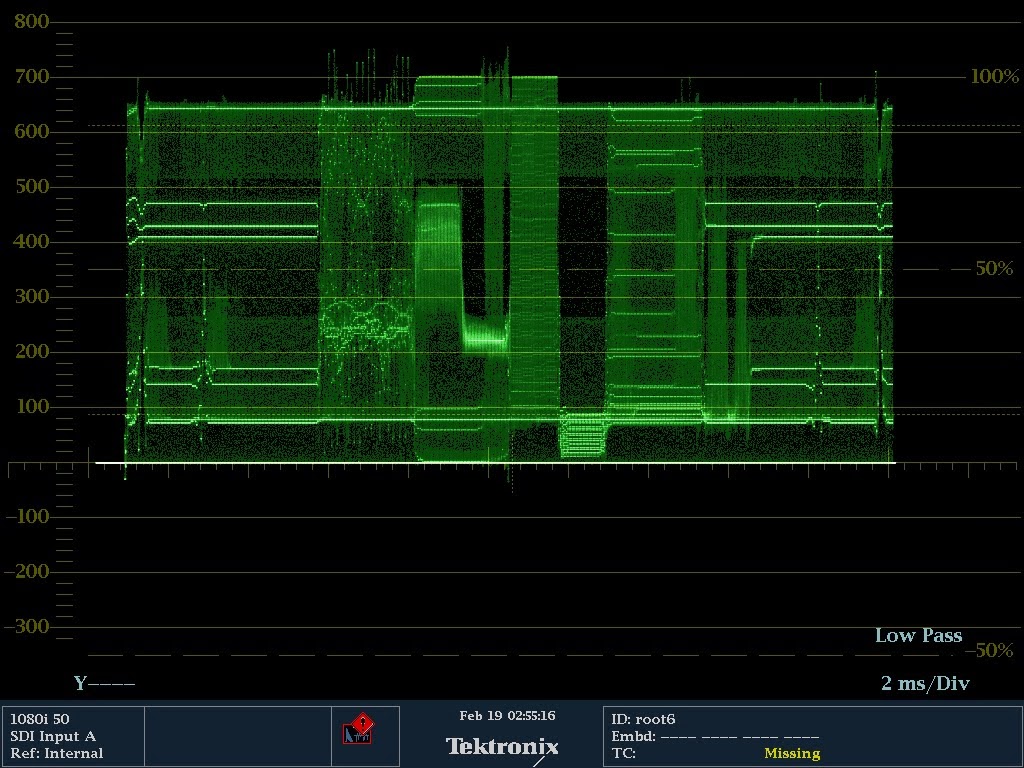 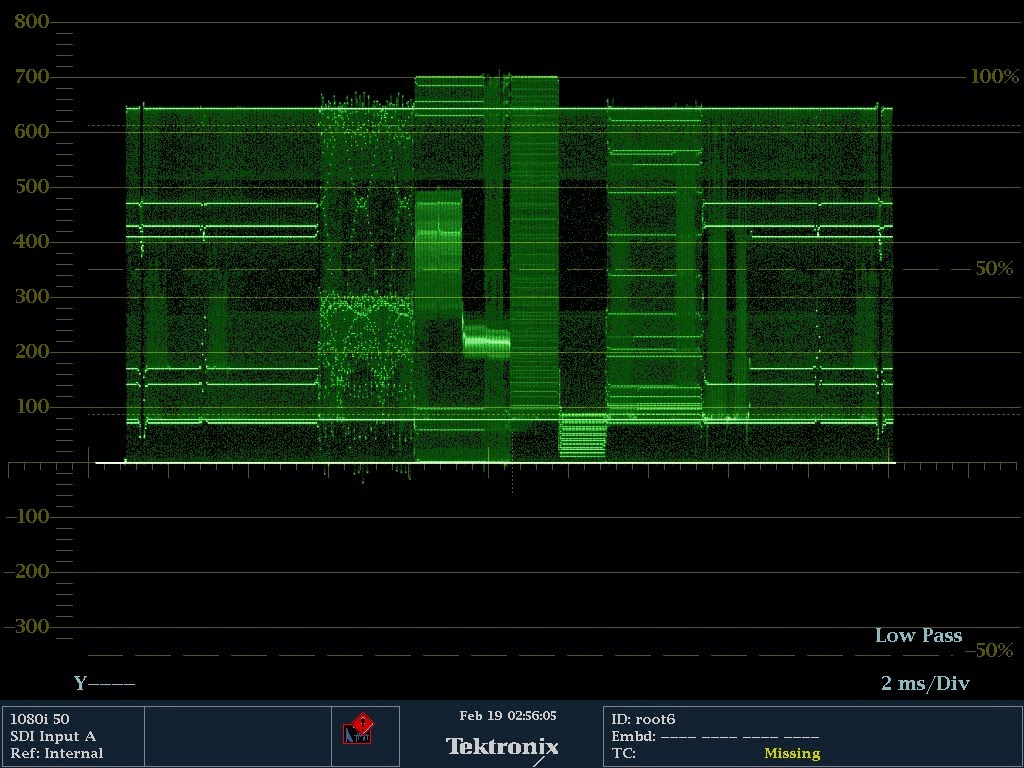 Every TV industry magazine is currently honor-bound to run a "video-over-IP will replace baseband this year" article at least once every three months. Despite the attraction of sending video over networks there are fundamental problems related not to the fact that it's a network (but, then again TCP/IP was never meant for synchronous, timely delivery of data) but rather the compression used. Actually, not the compression (after all MPEG4 v.10 variants; H.264, AVC etc are pretty good) but the latency; for long-GOP material 12-frames encode is not unusual.
I was pleased to get my hands on a couple of Antrica 32000-series encoder/decoder units. These are HD/SDi and HDMI i/o and you can configure each to be either an encoder or decoder. They are clearly based on a security camera chipset (all the Pan-Tilt-Zoom controls are grey'ed out!) but they have some very nice features;

So, proof of the pudding and all that. I made a 1080i sequence of static frames with resolution gratings and so moving stuff. At only 2MBits/sec (which is allowed to spike-up to 3MBits/sec) I was impressed. Here is BBC HD Test-Card F straight into the monitor and then via the system; 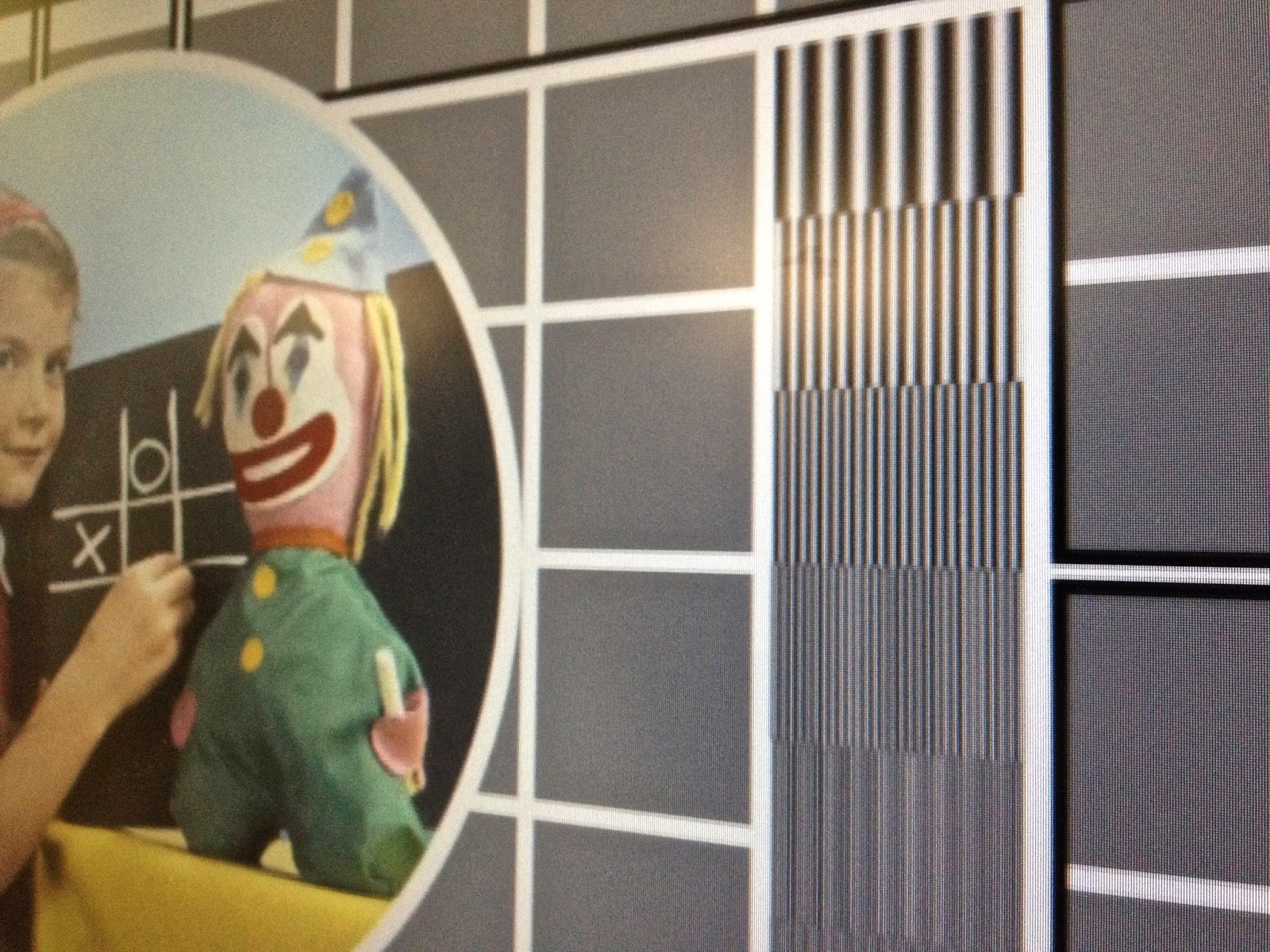 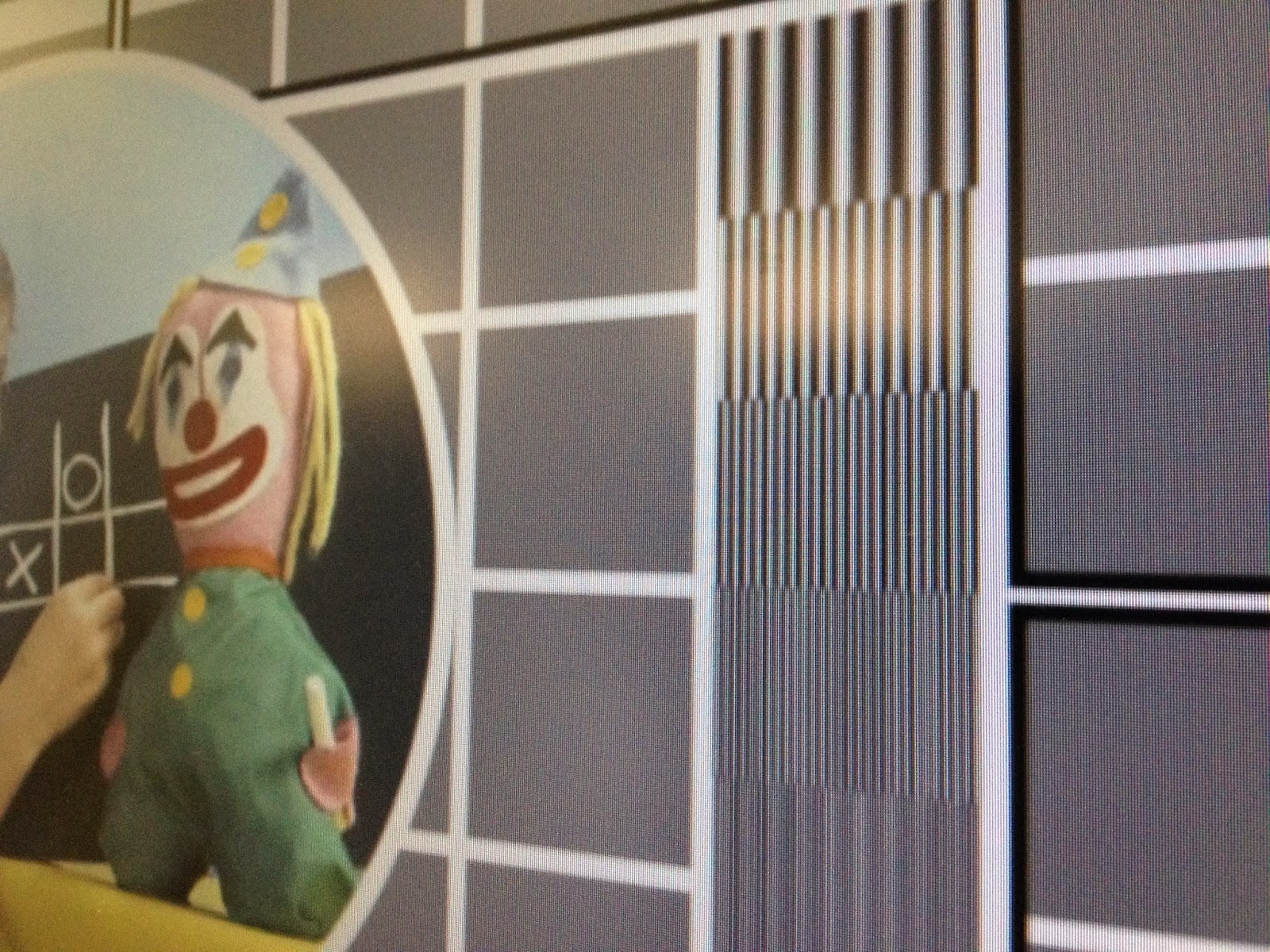 The aliasing you can see on the lower gratings is from my iPhone's camera - you really can resolve them to the 15Mhz grating, so no resolution is seemingly being lost. 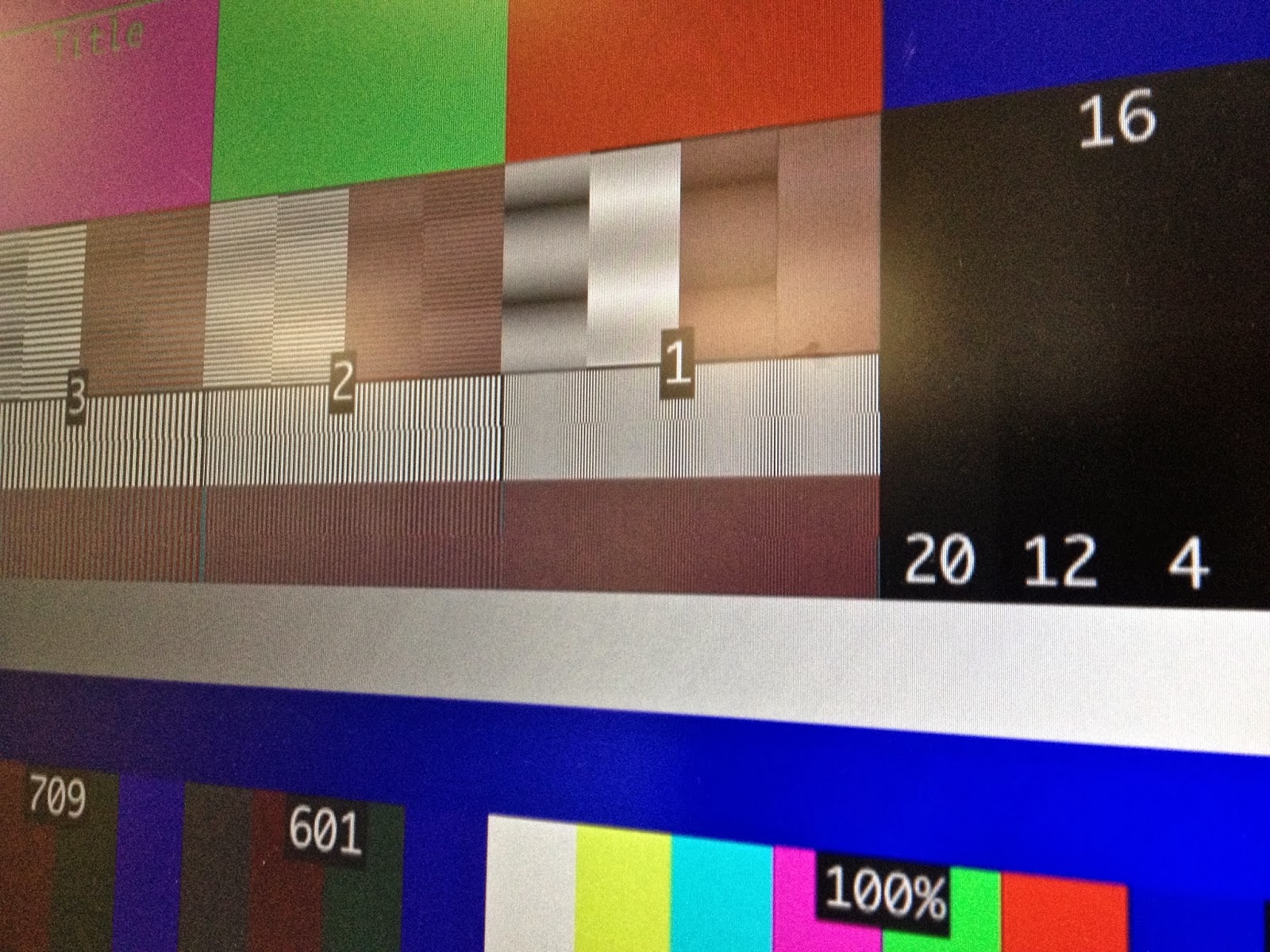 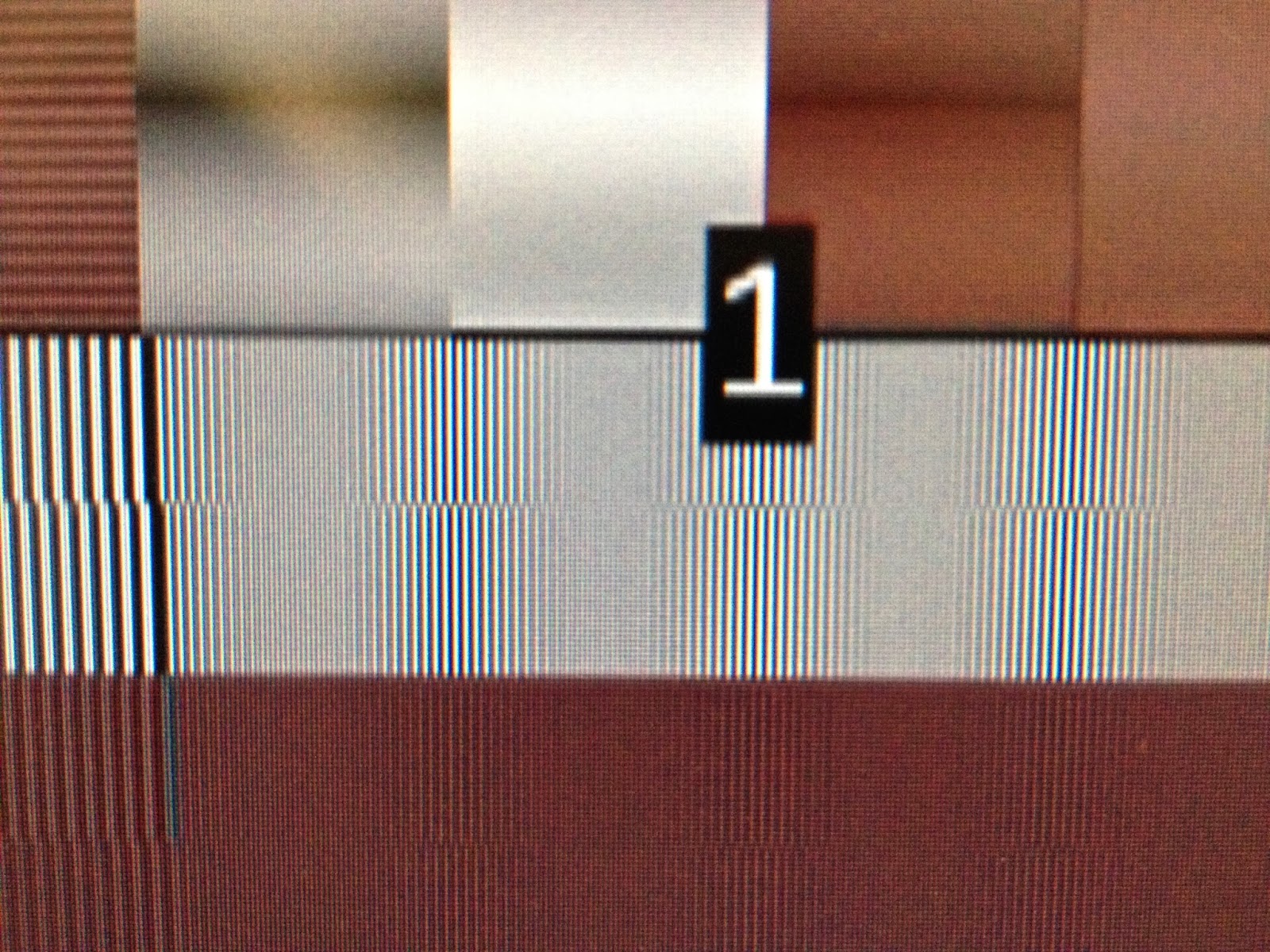 These two are taken from the Belle Nuit Montage test chart which shows up all sorts of problems with resolution, colour-space and levels. The finest grating is not resolvable in 4:2:2 encoded material and so what you're seeing here is in part an artifact of the sampling structure of 1.5GBit video. 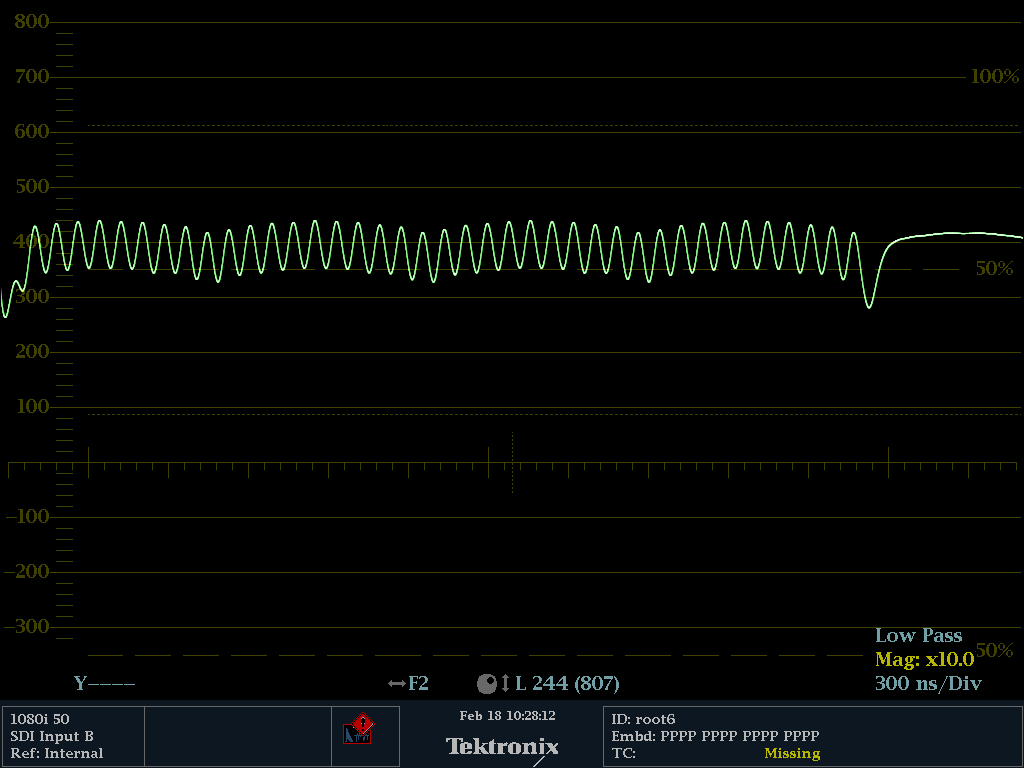 This is a screen-grab from my trusty Tektronix WFM7100 - I've parked the line-selector on that final grating and zoomed in so that we're looking at 300nS/div on the horizontal. The waveform has been faithfully reproduced with only a low-frequency (I estimate 2Mhz) harmonic. I initially thought this was a fault in the optical transfer function of the monitor but it's there on the signal. 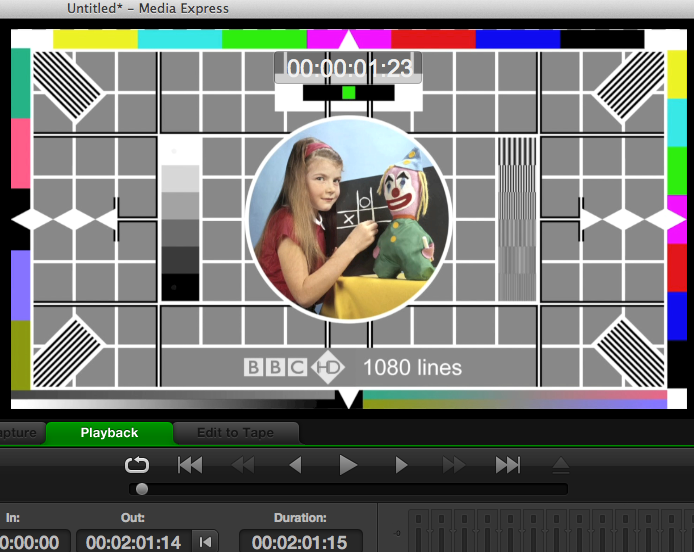 I was playing off my laptop via a Black Magic UltraStudio Express. If you want to play with the clip I've stuck it in my useful clips folder on Google Drive (there is also so DolbyE material in there). It's also worth mentioning they have a software tool for monitoring their end-points. It's called True Manager can as well as allowing you to tweak settings etc you can also monitor in realtime the bandwidth used. This is all very encouraging as tomorrow I will stick an encoder in Root6's office and see what sort of performance I get across the public Internet. As ever with these systems they are adaptive and for still frames they settle at a very low data rate, but at scene changes the system seems to spike to around 50% bandwidth than I'd configured. BUT, the fact remains, I *seem* to be seeing very nice looking 1080i pictures over a few MBits/sec!

Posted by Phil Crawley at 16:14 No comments:


Phil and Hugh go over a few tips and tricks for using MS Excel in the design of film & TV facilities. Find it on iTunes, vanilla RSS, YouTube or the show notes website.
Posted by Phil Crawley at 12:39 No comments: