Nice pictures of all the guitars here.

To see all of his other guitar/effects/amp sales; 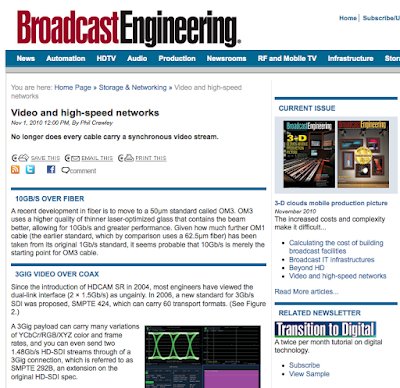 What an up-market magazine Broadcast Engineering is! Well, when they publish my stuff.
You can snag a PDF of the print version from my DropBox; BroadcastEngineering_Article_Nov2010.pdf
Posted by Phil Crawley at 15:41 No comments:

You know you're getting old when.....

OB Trucks you built are knocking about on the 2nd hand market! 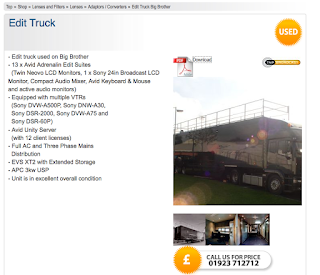 They've also used the photos I took back in 2001! The same thing happened when I took a load of pictures of the same truck being lifted in to Fame Academy in 2002. Loads of people used these images and I never got as much as a thank you.
Posted by Phil Crawley at 15:09 1 comment:

We all know about high dynamic range (HDR) imagery due, in part, to the examples you can find on Flickr. This image I nicked from Wikipedia shows how three bracketed shots are combined into a composite image where you have all the details in both the blacks and whites that couldn't be captured in a single image. 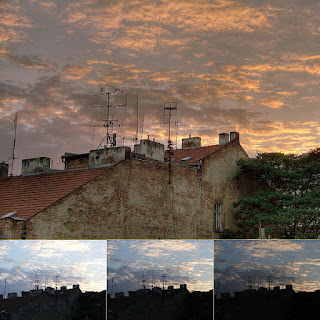 So how could you achieve this with moving images? Have an ultra high frame rate camera where you can capture three frames sequentially with a rotating set of ND filters? Maybe, but the focus and effect are somewhat spoiled by rapid moving parts of the image. The guys at Soviet Montage have a system where they use a beam-splitter to feed the same image into two 5D Mk2s (one of which has 24dBs of attenuation - that's four stops for non-video people!).

I think it looks very engaging. Kind of like a moving old-master. For my money this is much more engaging than 3D on TV with none of the problems that 3D at home have.
Posted by Phil Crawley at 09:22 No comments: