Hugh and Phil talk about KVM-over-IP systems with particular reference to Teradici and Phil's favourite manufacturer Amulet Hotkey. They also go over the basics of encryption with symmetric and public-key crypto.


Find it on iTunes, vanilla RSS, YouTube or the show notes website.
Posted by Phil Crawley at 13:53 No comments:

I spent the morning in a very typical Soho edit room with a JVC DT-V24-series LED-backlit LCD as the "front of house" monitor and an LG LED-backlit LCD as the client display.
It's quite easy to get the JVC looking right - BBC style 6504k for Rec.709; I've waffled on about this a lot in the past, but I had some new encounters (due in some small part to the new version of ChromaSurf; the software I use with the Klein K10A probe). 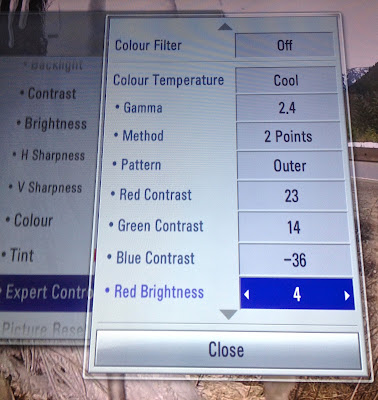 Posted by Phil Crawley at 15:47 No comments: 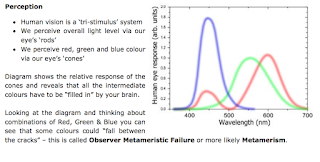 I have been so busy that (to my shame) I haven't been able to blog for two months now. This morning I did a presentation for the Root6 Tech Breakfast series entitled “Colourimetry, Calibration and Monitoring” -
http://www.root6.com/news/tech-breakfast-colourimetry-calibration-monitoring/

You can grab my notes here;
http://www.engineersbench.com/phil/Public/Root6-misc/Colourimetry_TechBreakfast_July2015.pdf

This is all to promote the new US manufacturer we've taken on; for my money their BVB25-OLED monitor is the best TV display for under £10k.
Posted by Phil Crawley at 11:39 No comments: