For a couple of years the Sony BVM-X300 has been the 4k/HDR monitor of choice for Soho edit and grading suites. It is an OLED monitor and can (with some limits) hit 1,000 Cd/m2 peak white in it's HDR modes (which include HLG, Dolby PQ and SLog3 camera gamma).

It was the first monitor to be widely regarded as good enough for Dolby Vision mastering (and by extension Netflix deliverables). It was around the £20k mark when it launched, but by last year the price had crept up to mid-twenties and with the v2 of the monitor (which brought a second quad-SDi input and an HDMI input) which launched a year ago it now lists at £32k; but we all know nobody ever pays list for Sony...!


In recent months I've really taken to the Eizo CG3145 which (although an IPS/LCD monitor) is broadly similar in spec to the Sony, but; bear in mind the X300 suffers the following; 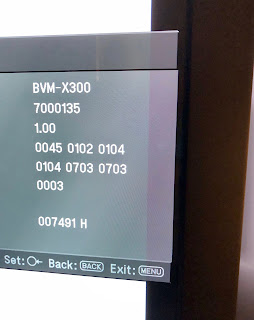 £10k less list price and available now (the X300 is in such short supply that you can't get one in London currently) also add to the Eizo’s advantages. Integration with LightSpaceCMS (pretty much the industry standard for colour management) is very tight whereas the X300 only talks to Sony’s very clunky colour software (no LUT management, six-point calibration only). 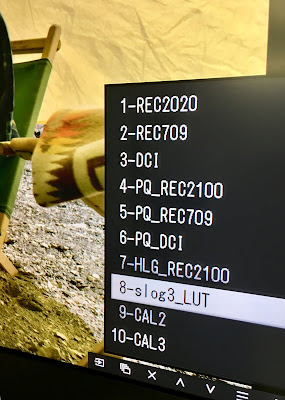 The Eizo easily allows LUT upload; this SLog3 (in slot 8) was imported via LightSpace.
ColorEdge PROMINENCE CG3145 is the first HDR monitor in the world to have its HDR and SDR reproducibility evaluated and awarded by the German Broadcast Technology Institute.

The Eizo has recently been certified as both a Dolby Vision mastering display as well as having Netflix's blessing. 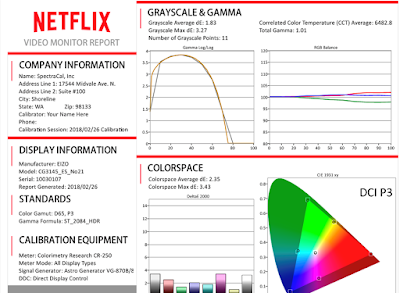 One objection I've heard is that the X300 covers 85% of rec.2020 whereas the CG3145 only covers ~83%. It's the kind of objection that someone with a poor grasp of colourimetry makes. My answer to that is "MacAdam ellipses" - look at the Wikipedia article and tell me anyone can see the (Just Noticable!) differences. 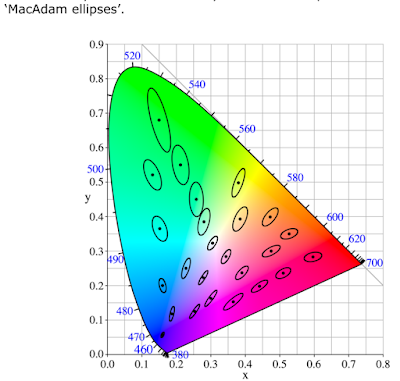 At the recent HDR Summit at Dock10 in Media City, Salford we had more than ten HDR-capable displays. 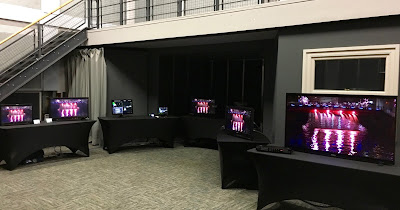