I had an excellent half day with Canon's UK imaging display guys to look at their DP-V series 4k native displays. To my shame I had assumed that they would be like the HP Dreamcolor or Eizo ColorEdge series monitors which are advertised as being suitable for film and TV work but as I've often said; "..an SDi BNC and a preset called Rec.709 does not a broadcast monitor make"!
In the case of those two manufacturers they assume that taking their print-prep graphics display and making it SDi capable is all that's needed; forget proper RGB linearity and a controlled white-point. In the case of the HP they still advertise it at 250Cd/m2 for white (four times what it should be - you can't grade with that) and every time I've had an Eizo to play with I've found the same. Even employing a LUT to tame something like that is a bad idea as having to take 250Cd/m2 down to a more sensible 80Cd/m2 means you've lost two stops (12dBs, two significant bits) of dynamic range; not what anyone wants.
So - native 4k displays using LED-backlit IPS-LCD and not OLED. Every display technology suffers issues and although I think the poor inherent RGB tracking of OLEDs is entirely addressable in a LUT (which is why I love the Boland BVB25 for colour-accurate TV work) OLEDs are noisy once you get very close to black thus limiting their dynamic range (fine for 10-bit TV work; but for 16-bit HDR film imagery, not so much - yet!). Canon has consequently chosen IPS-style LCDs (with a level-modulated LED backlight). The LED backlight is the same technology as that used in the Dolby PRM-4220 grading monitor which is how they achieve the high dynamic range with a possibility of >1000Cd/m2 for specular highlights in HDR 16-bit video. I got to see the originators of this technology, Brightside, back in 2005.
So, proof of the pudding etc - I profiled the 24" edit suite variant and it was very close to the Rec.709 spec (the fact that I left LightSpace set for a 2.2 gamma whilst the monitor has a true BT.1886 gamma for HD rasters may be to blame). With 4k source material the results look great. 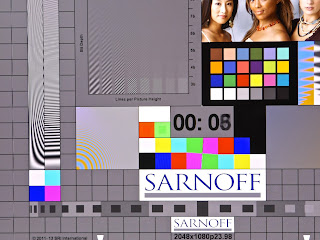 I started at 2k to see how it did 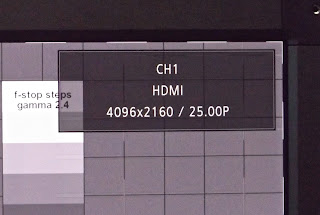 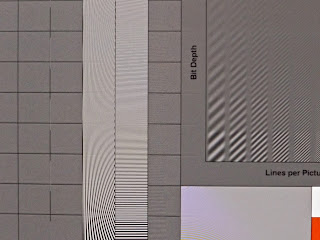 Zooming in on the frequency grating shows aliasing, but only on the camera pics, I couldn't photograph it with my 10Mpix camera without catching aliases in the camera's OTF. 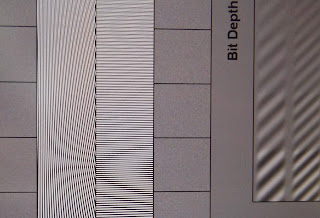 Getting closer gets a bit better, but to the eye the resolution is astounding 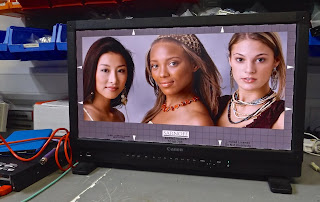 The Sarnoff ladies at true-4K 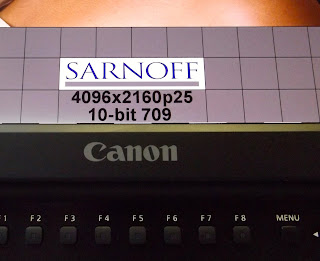 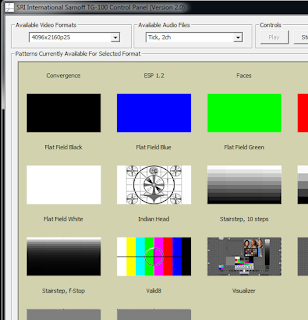 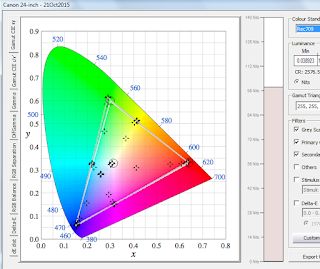 I profiled the display at 17-points so 5,000 measurements take around two hours with the Klein 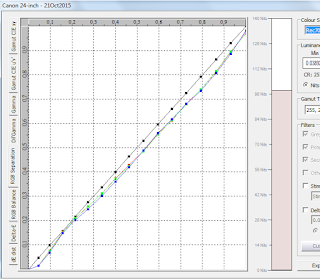 Looks pretty good for greyscale performance, and I suspect if I set LightSpace's gamma correctly it would be better 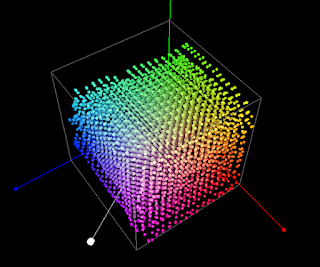 The coloured dots are rec.709 and the big cube is the gamut of the display; it covers the colour space nicely. 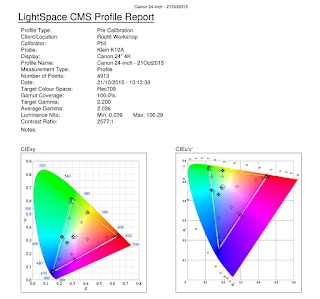 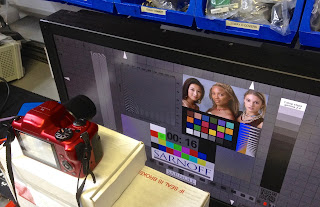